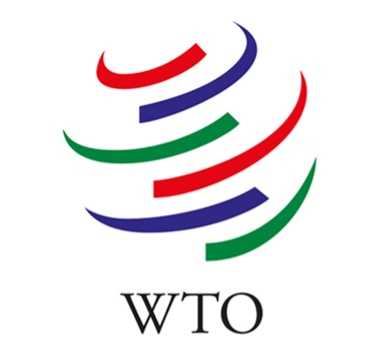 The World Trade Organization (WTO) is an international organization concerned with the global rules of trade. It came into being in 1995 and is the successor to the General Agreement on Tariffs and Trade (GATT) established in the wake of the Second World War. Presently, WTO has 164 members, comprising 117 developing countries or separate customs territories. WTO activities are supported by a Secretariat of some 700 staff, led by the WTO Director-General. The Secretariat is in Geneva, Switzerland with an annual budget of approximately CHF 200 million.

The WTO’s primary goal is to use trade in order to enhance the welfare of people around the globe. The WTO’s founding Marrakesh agreement acknowledges trade as a way to raise standards of living, increase employment and real income, and expand global trade in goods and services while allowing for the optimal use of the world’s resources.

WTO aims to limit obstacles to trade via negotiations. However, sometimes WTO keeps trade barriers in order to protect consumers or the environment. Its role is to negotiate agreements with the goal to help producers of goods and services, exporters, and importers to conduct their business which in turn will allow governments to meet social and environmental objectives.

Furthermore, WTO makes sure that trade flows easily so that the outcome is economic growth, employment, and integration between developing countries and the international trading system.

The WTO regime impacted our agriculture sector which is the backbone of the economy of Pakistan. Uruguay Round produced the first multilateral agreement viz. the Agreement on Agriculture (AOA) which Pakistan complied with. It has lessened tariffs on this sector (more than 36% on average). Regulation duty has been transformed into fixed specific duty on the import of selected products. The agricultural items which are injurious to animal, human and plant life are prohibited according to existing WTO rules and import policy orders. Pakistan’s upper ceiling on import tariffs is 102% on average; however applied rates on the import of agricultural items are much lower.

Some WTO TFA reforms which have been implemented are the Authorized Economic Operators (AEO) Program, Advance Ruling, Electronic payments, Pre-Arrival Processing, Freedom of Transit, Opportunity to Comment and Information before Entry into Force, Temporary Admission of Goods and Inward and Outward Processing, Risk Management and Post Clearance Audit. According to the WTO, the most problematic implementation is that of the Single Window and Border Agency cooperation. Still, major work is being done on these areas with assistance of the World Bank and the Asian Development Bank.

According to the World Bank, Pakistan is in the top 10 list of governments that have worked intensely in the past year to improve the ease of doing business in their countries. OECD Trade Facilitation Indicators Data Base (2019) has acknowledged Pakistan’s best performance across the areas under the TFA. The World Customs Organization (WCO) has stated that “considering the recent advancement of Pakistan Customs administration for proceeding the TFA, Pakistan Customs administration is very suitable to be listed in the successful countries.”

The WTO Secretariat compiled an informal situation report in order to provide transparency with respect to trade measures in COVID 19 crisis in Pakistan. This included a temporary export ban on certain personal protective equipment (e.g., face masks, gloves, sanitizers, goggles, “tyvek suits”), due to the COVID-19 pandemic and a temporary export ban on anti-malarial drugs, due to the COVID-19 pandemic (originally implemented on 9 April 2020). There was also temporary elimination of import tariffs on oxygen gas and its cylinders, and cryogenic.